Five-card draw (also known as a Cantrell draw) is a poker variant that is considered the simplest variant of poker, and is the basis for video poker. As a result, it is often the first variant learned by new players. It is commonly played in home games but rarely played in casino and tournament play. The variant is also offered by some online venues, although it is not as popular as other variants such as seven-card stud and Texas hold 'em. 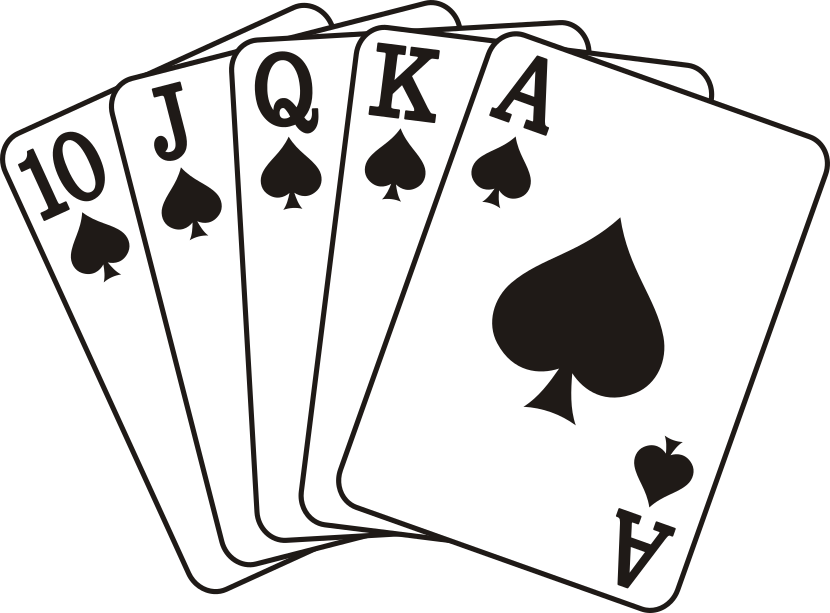 Play begins with each player being dealt five cards, one at a time, all face down. The remaining deck is placed aside, often protected by placing a chip or other marker on it. Players pick up the cards and hold them in their hands, being careful to keep them concealed from the other players, then a round of betting occurs.

If more than one player remains after the first round, the "draw" phase begins. Each player specifies how many of their cards they wish to replace and discards them. The deck is retrieved, and each player is dealt in turn from the deck the same number of cards they discarded so that each player again has five cards.

A common "house rule" in some places is that a player may not replace more than three cards, unless they draw four cards while keeping an ace (or wild card). This rule is useful for low-stakes social games where many players will stay for the draw, and will help avoid depletion of the deck. In more serious games such as those played in casinos it is unnecessary and generally not used. However, a rule used by many casinos is that a player is not allowed to draw five consecutive cards from the deck. In this case, if a player wishes to replace all five of their cards, that player is given four of them in turn, the other players are given their draws, and then the dealer returns to that player to give the fifth replacement card; if no other player draws it is necessary to deal a burn card first.

Another common house rule is that the bottom card of the deck is never given as a replacement, to avoid the possibility of someone who might have seen it during the deal using that information. If the deck is depleted during the draw before all players have received their replacements, the last players can receive cards chosen randomly from among those discarded by previous players. For example, if the last player to draw wants three replacements but there are only two cards remaining in the deck, the dealer gives the player the one top card he can give, then shuffles together the bottom card of the deck, the burn card, and the earlier players' discards (but not the player's own discards), and finally deals two more replacements to the last player.

The sample deal is being played by four players as shown to the right with Alice dealing. All four players ante $1. Alice deals five cards to each player and places the deck aside.

Bob now declares that he wishes to replace three of his cards, so he removes those three cards from his hand and discards them. Alice retrieves the deck, deals a burn card, then deals three cards directly to Bob, who puts them in his hand. David discards one card, and Alice deals one card to him from the deck. Alice now discards three of her own cards, and replaces them with three from the top of the deck (Note: in a player-dealt casino game there is often a rule that the dealer must discard before picking up the deck, but this is a home game so we won't worry about such details).

Five-card draw is sometimes played with a stripped deck. This variant is commonly known as "seven-to-ace" or "ace-to-seven" (abbreviated as A-7 or 7-A). It can be played by up to five players. When four or fewer players play, a normal 32-card deck without jokers, with ranks ranging from ace to seven, is used. With five players, the sixes are added to make a 36-card deck. The deck thus contains only eight or nine different card ranks, compared to 13 in a standard deck. This affects the probabilities of making specific hands, so a flush ranks above a full house and below four of a kind. Many smaller online poker rooms, such as Boss Media, spread the variant, although it is unheard of in land casinos.